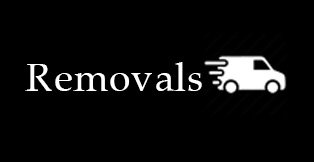 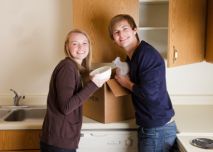 Enough of those boring how-to guides. I believe you do not need any of those. But now - here are some funny stories that will make the smile shine on your face and in the same time show you how ridiculous some situations can be while you are moving all by yourself.

I will start with some true stories that had happened to me when I was moving my accommodation.
It was during the winter. I spend a few long, long days of packing all of my stuff (most of which I had not used more than once), the time to load them in the van came. I had cleared the lawn almost excellently and I stepped confidently with the full boxes in my hands. I had loaded some of the stuff, but I left the fragile ones for the end. I couldn't wait to finish this and I began to carry the kitchen utensils to the van. Believe it or not, when I was wearing my wife's Chinese porcelain, I slipped while stepping on the cleared lawn. I broke the porcelain and hurt my back like hell. So even that I was in pain, my wife even hit me for breaking her favorite set.

After going through this, we loaded everything (thanks God the other fragile objects were still okay), we took the way to the new destination. After a short travel of an hour or two, we arrived. I was already tired and I wanted just to end this and get some rest. So - we stopped, I unlocked the house we were about to move into, and we began to unload our luggage. My wife, as she adores commanding how the things will go, entered inside and began to tell me where to place the different boxes. I piled them in front of the yard of the house and began to wear pick them one by one to the house. We were half the way ready, when it came time for my stuff. I don't have so much stuff - only my favorite sports stuff - a baseball bat and glove, some sport jerseys, some sneakers for my trainings and jogging, and of course - my lucky cap. Well - guess what- when I went out to pick them - they were gone. Someone maybe was passing near their new neighbors and decided to take some souvenirs from them, just to say "Welcome around, dude!" You can't imagine how I felt in this particular moment. But after all, I took a deep breath and decided to finish the move. Just a few moments passed, and after I brought some more boxes into the house, we heard that a police car stopped by. I came out to see what is wrong, and the policeman asked me for my identity card and my driving license. Well, I gave them to him and after a short look, he told me that I have been parked in a place that I am not allowed to, and I am going to be fined for this. Well, I was so low already that day that I said to myself "So what, nothing worse can happen to me today". I accepted the fine and finished my work.  The only precious thing that left to me was my baseball trophy. I placed it carefully on the shelf and took my place on the couch to have a beer and take some rest. Then, my wife came around, began to clear the dust in the room, and guess what - she pulled it off the shelf and it broke to pieces. Now - I was totally broken and desperate. How worse could that go for me? To avoid such problems - you better hire professionals to do the move you stuff for you. It is really better.